Chapter 1 Contextualize and retrieve the commons 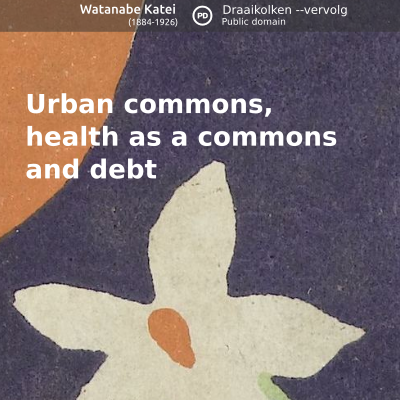 From austerity and debt to public space and health as commons 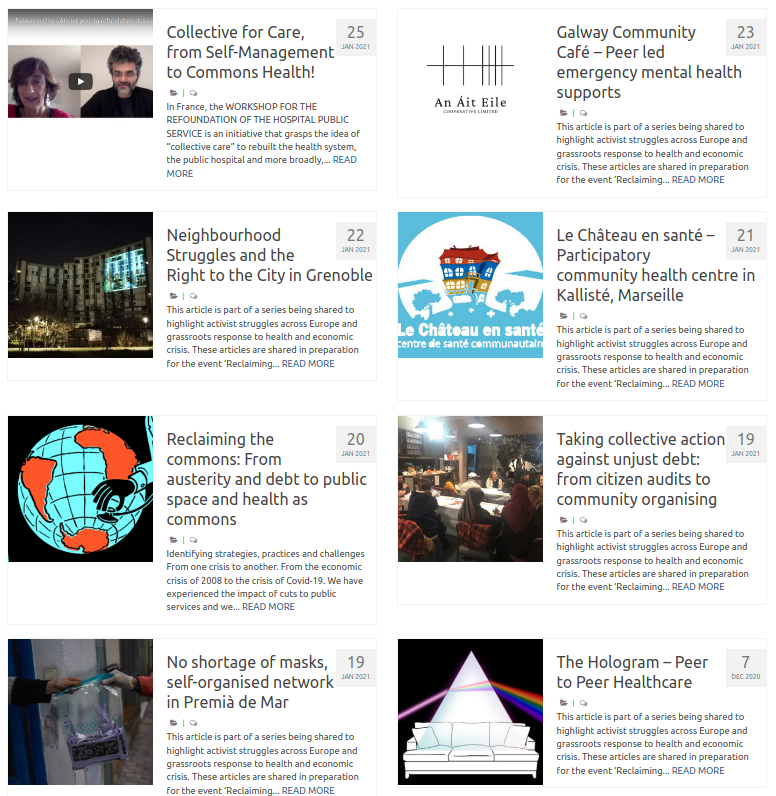 The experience of the commons have demonstrated that communities are able to manage resources in an open and collective way, protecting resources and producing collective forms of knowledge that answer to basic social needs. This is how commons communities have forged tools collectively to create social and democratic transformations. They established ways to challenge public authorities and austerity policies, which through mechanisms of debt and budgetary restrictions have depleted resources for social provision and failed to protect human rights.

We have observed multiple examples of this emerging movement: occupied factories, common cultural spaces, popular clinics and places for healthcare, markets for fair trade and small organised distribution networks… even during the outbreak of Covid-19, commoners have produced spaces of collective care, where communities conceive health and care in an expanded way: not only by providing access to medical services and equipment, but also by providing solidarity in the form of psychological support, defence against domestic violence, support in struggles for housing and income and sustaining environments for cultural production.

The Covid19 crisis has also generated restrictions on the use of public space with limitations on fundamental rights often imposed without due democratic process. The measures aimed to bring about a recovery from the crisis have increased the need for public spaces and resources to be used for social well-being. These are the very spaces and resources that the movements for urban commons and public health have been claiming for a long time.
These movements oppose privatisation and financial speculation that limit democratic decision-making and prevent their use for the common good.

In this context, the chapter will be a way, together with a network of artists, cultural workers, social movements, NGOs, academics and other actors – to build a collective reasoning about Urban Commons, Health as a Commons and Debt both in its public and private dimensions. 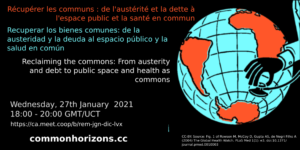